The Resurrection Of Jesus 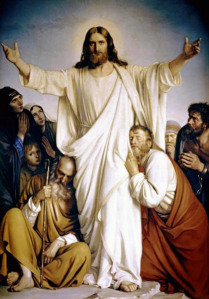 The resurrection of Jesus is considered by Christians to be an historical event and is the cornerstone on which Christianity either stands or falls. St Paul put it like this in his letter to the Corinthians - “And if Christ has not been raised, then your faith is useless and you are still guilty of your sins.”

God in his infinite wisdom knows that people need proof for supernatural claims. It would be very foolish of us to accept every claim that comes our way. Jesus way of proving that He was the Son of God was through miracles, the turning of water into wine, healing the deaf, dumb, blind, and lame. Jesus’ ultimate miracle was His resurrection.

But what is resurrection? Is it different from near-death experiences or reincarnation? The gospels record the story of Lazarus whom Jesus brought back from the dead. But according to scripture, the resurrection of Jesus was different from coming back to life because it involved a transformation of the body into what theologians call a “glorified” body. We learn from the gospels that Jesus was able to appear and disappear at will because He appeared to his apostles who were hiding is a locked room. After He has spoken to them, He disappeared just as he had arrived.

So what evidence do we have that the resurrection is an historical event? The argument I will present here is based on the work of people such as Gary Habermas, Michael Licona and William Lane Craig.

1. Jesus was crucified and died on the cross.

We know from the gospel accounts that Pontius Pilate had Jesus scourged. Historical records show that that Roman soldier used a scourge in which multiple leather thongs had pieces of bone and stell balls attached in order to inflict the maximum pain and damage. In addition to this, Jesus had a crown of thorns placed on His head and He was then made to carry a heavy cross. The gospels tell how Jesus fell three times due to the weight of the cross and because of his weakened condition. Simon of Cyrene was given the job of carring the cross for the final part of the journey to Calvary. We also know that Jesus hung on the cross for at least three hours and then on of the soldiers pierced His side with a spear in order to ensure Jesus was dead. It is also worth nothing that blood and water gushed from Jesus’ side. Some medical experts have suggested that the water proves that Jesus was dead because the water was most likely pericardial or pleural effusion which normally appears after death.

2. On the third day, after Jesus crucifixion, His tomb was found empty.

Considering the Jewish Sanhedrin were attempting the stamp out the rise of Christianity, it was in their interest to make sure Jesus’s disciple didn’t steal the body and then claim that Jesus rose from the dead and disappeared up to heaven. In any case, the apostles didn’t even know the resurrection was going to so it wouldn’t make sense for them to steal the body. After the crucifixion, they thought they had backed the wrong horse, so to speak, that Jesus had let them down. There is also the claim that the tomb was guarded by Roman soldiers to deal with.

3. The post-crucifixion appearances of Jesus.

The gospel records numerous post-crucifixion appears to numerous people over a period of forty days. He appeared to small and large groups, friends and foes and all of the apostles. Most significantly, Jesus appeared to his half-brother James who was a non-believer and to Paul who an enemy and persecutor of the early Christian movement.

4. The radical transformation of the apostles

It’s clear from the gospels that the apostles were doubtful and perplexed about who Jesus was and what he was about. When Jesus talked about the temple being destroyed and rebuilt in three days, they didn’t know he was referring to his death and resurrection. The thought Jesus was talking about Solomon’s temple. Following Jesus’ death, the disciples went into hiding because they were living in fear of the Jewish religious authorities who were most zealous to wipe out all traces of the growning Christian following. Shortly after Easter Sunday Jesus appeared to the disciples and promised to send the Holy Spirit to give them strength for their mission ahead. When the Holy Spirit lit upon them at Pentecost, they were transformed from frightened men into courageous proclaimers of the Gospel despite the threats to the lives. The New Testament and the writings of the Early Church Fathers claim that all the apostles died as martyrs for their faith. The only rational explanation for their dramatic transformation is their belief that they had seen the risen Jesus. Halucinations could not account for their transformation because halucinations only happen with individuals, not groups of people.

Many have claimed that the apostles were part of a conspiracy in which the knew Jesus didn’t rise from the dead but publicly claimed that he did. But there are problems with this theory. The first is that conspiracies are very difficult to hold together. Someone usually breaks silence under pressure and the apostles were under enormous pressure to break. The second fact is that they had nothing to gain and everything to lose by claiming that Jesus rose from the dead. And they all went to their deaths for this claim.

5. The conversion of Saul of Tarsus

The conversion of Saul of Tarsus is quite a remarkable story. As he admitted himself, Saul was a Pharisee who became a zealous enemy and persecurotor of the early Christian movement. According to the book of Acts, while on the road to Damascus, Saul had a vision of the risen Jesus in which Jesus asked Saul why he was persecuting him. Following this experience, Saul underwent a dramatic conversion, because and apostle and took the new name Paul. He then went on to become the greatest ever evangelist of the gospel. What could account for this dramatic conversion except for an actual appearance of Jesus to Paul?

James, the half-brother of Jesus also underwent a dramatic conversion. In Mark 3:21 we see that Jesus’ family thought that Jesus was “out of his mind” but James later became a follower of Jesus and a Church leader after an appearance of Jesus to him.